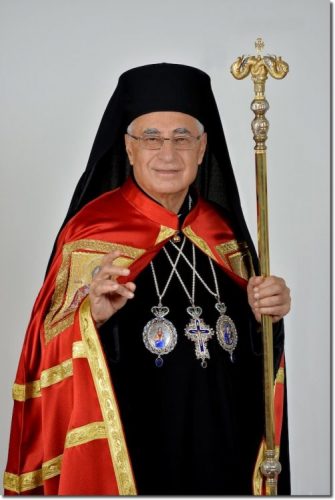 Melkite Greek Catholic Patriarch of Antioch and All the East 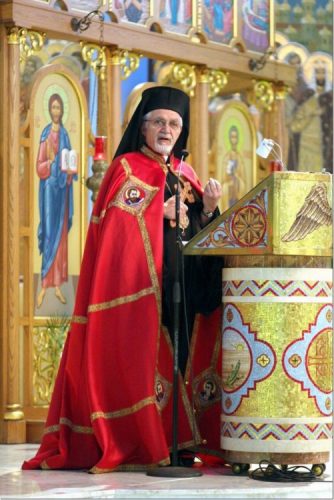 Bishop of the Eparchy of Newton 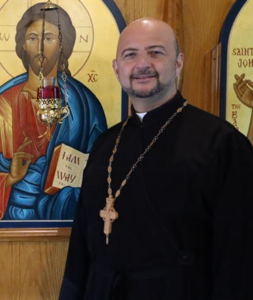 Bishop Nicholas Samra is happy to announce that His Holiness, Pope Francis, has given his assent to the canonical election of Father Francois Beyrouti as the 6th Eparchial Bishop of Newton for Melkite Greek Catholics in the United States.

Father Francois, 51, was elected on June 23, 2022, by the Melkite Synod held at the Basilica of Santa Maria in Cosmedin, Rome, Italy. A terna (list of the nominated) of 3 names was sent to the Dicastery of the Eastern Churches and Pope Francis confirmed the election. The announcement was made on August 20, 2022, by His Beatitude, Patriarch Joseph Absi, Patriarch of Antioch and All the East for Melkite Greek Catholics.

Bishop-Elect Francois was born July 3, 1971, to Elias and Maggy Beyrouti in Hadeth-Beirut, Lebanon. He has two brothers, +Joseph, of blessed memory, who passed away in 2004, and Anthony. The family emigrated to Canada in 1976, settling in North Vancouver, British Columbia.

He attended primary and secondary Catholic schools in North Vancouver. He then entered the Seminary of Christ the King in Mission, British Columbia in 1989 where he completed a B.A. in 1993.

He then moved to Ottawa, Ontario, and in 1996 completed a Civil and Ecclesiastical Baccalaureate in Theology in Eastern Christian Studies at the Sheptytsky Institute of Eastern Christian Studies at Saint Paul University. In 1997, he completed a Master of Arts in Theology, Biblical Studies concentration, and in 1998, a Licentiate in Theology, Biblical Studies concentration, both at Saint Paul University (Ottawa, Ontario). He has also completed workshops in Conflict Resolution and Youth Ministry.

On October 4, 1998, Bishop Sleiman Hajjar ordained Father François a priest. He was the first diocesan priest ordained for the Melkite Catholic Eparchy of Saint-Sauveur (Montreal, Canada) where he served as Vocations director and member of the College of Consultors.

Upon ordination, Bishop Sleiman appointed him assistant pastor of Saints Peter and Paul Melkite Catholic Church in Ottawa where he ministered until January 31, 2010. There he focused on building up pastoral programs, developing strong children, youth, and young adult ministries, leading marriage preparation programs, media work with newspapers, radio, and TV stations, and engaged political leaders on religious topics. On the occasion of the Fiftieth Anniversary of the accession of Her Majesty Queen Elisabeth to the Throne, Father Francois was awarded the Golden Jubilee Medal in a ceremony at the Parliament of Canada on November 1, 2002.

In 2013, he received a Ph.D. (The University of Ottawa) and D.Th. (Saint Paul University, Ottawa, Ontario) for his thesis on Origen of Alexandria’s Commentary on the Gospel of John, focusing on Jesus’s encounter with the Samaritan woman in John 4. During these studies, he attended and presented at Academic conferences and published articles and book reviews in academic journals.

He was incardinated into the Melkite Catholic Eparchy of Newton, USA on December 2, 2011, and serves on the Presbyteral Council and College of Eparchial Consultors. Since November 2012, he has been the pastor of Holy Cross Melkite Catholic Church in Placentia, California (www.HolyCrossMelkite.org) and since 2015, has served consecutive terms as president of the Eastern Catholic Pastoral Association.

He has taught the following courses: “Christianity in the Middle East” (2000), “Hermeneutics and Exegesis in Eastern Christianity” (2000, 2003, & 2015), “The Synoptic Gospels” (2008), “The Eastern Catholic Churches at Vatican II” (2014), and online courses on the Gospel of Saint Luke and the Acts of the Apostles, the Bible in the Divine Liturgy, the Old Testament Prophecies of Jesus, and Foundational Bible resources. He has also given retreats for parishes and groups of priests. His weekly Sunday homilies appear on YouTube.com/MelkiteTV

Consecration and installation dates will be determined shortly. We pray for Bishop-Elect Francois that the Lord Jesus Christ, the Great High Priest, will give him continued good health and long life, and “give him a spirit of courage and right judgment, a spirit of knowledge and love” (Prayer for a Bishop). 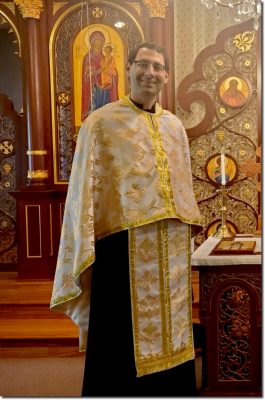 Born to Fred and Jean Mallick in 1972, Fr. Mallick is a native of Ft. Worth. His mother fell asleep in the Lord on January 7, 2016. He has two living siblings and one deceased brother. Both of his living siblings are married with a total of seven children. He was a parishioner of St. Andrew Catholic Parish and attended its elementary school. He later became a parishioner of St. Patrick Cathedral. He is a member of Monsignor Nolan Catholic High School’s 1991 graduating class.

Fr. Mallick earned a bachelor’s degree in liberal arts at Magdalen College in NH, immediately followed by his theological and seminary formation. His formation included two years as a missionary in a religious society while living in Mexico and Spain, followed by two years in a Benedictine monastery in Italy, which became the Nursia foundation in the year A.D. 2000. In the spring of 2000, Fr. Mallick returned to the United States and moved to Denver, CO where he taught at a Catholic Academy. The following year, Archbishop Charles Chaput received him as a seminarian for the Archdiocese of Denver. Father Mallick completed his priestly formation at Saint John Vianney Theological Seminary where he earned his S.T.B. and M. Div. degrees. He was ordained to the Holy Priesthood of Jesus Christ on December 3, 2005. He served three years as a parochial vicar at St. Thomas More Catholic Parish in Centennial, CO, and then seven years as pastor of Sacred Heart of Mary Catholic Parish in Boulder, CO. In 2015, Fr. Mallick was granted a sabbatical to pursue a Master of Arts in Liturgical Studies at the Mundelein Liturgical Institute outside of Chicago.

The last few years have afforded Fr. Mallick the opportunity to explore, to experience, and to learn more about his own Lebanese heritage and that of the Antiochian Church – Father Mallick’s Church of origin. The more familiar it became to him the more he desired it. While Father Mallick has traveled to many countries on pilgrimage and vacation, Lebanon and Israel top the list for him. He loves his Middle Eastern heritage. In fact, it was a month-long blessed trip to Lebanon during Great Lent and Holy Pascha of 2019 that solidified his decision to begin steps to change his affiliation – to move from the Latin Church to the Antiochian Church. In October 2019, Father Mallick petitioned the Archbishop of Denver to excardinate, and he petitioned Bishop Samra of the Newton Eparchy to incardinate. Both bishops have agreed to a five-year ad experimentum that began in June 2020.

Currently, Father Mallick is the primary caregiver of his father, leads a high-school junior and senior seminar on the Nature of Man as he continues to form a Melkite Community in the DFW metroplex.

Books that have influenced greatly the heart of Fr. Mallick:

Authors for which he has great affection: